“Newly launched podcast on 1000 years of German history. Great stories, well researched, varied and witty. Once you start listening to it, you will get hooked. Wonderful opportunity to refresh your knowledge and learn holistically more about German history. Details inside that very few history books describe. Try it out and enjoy.” 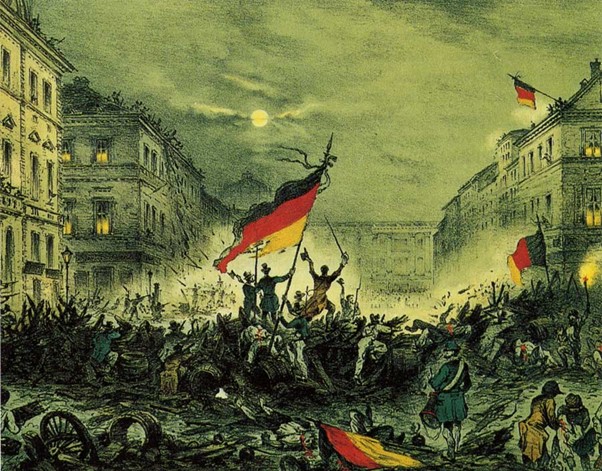 A narrative retelling of German history from the coronation of Henry the Fowler in 919 AD to German Reunification in 1990. Weekly 20-30 minute episodes are available here and with all major providers of fine audio entertainment.

My name is Dirk and I want to take you through German history from the early middle ages to German Reunification in 1990.

Why would you want to come along to this journey? Can German history reach places, other histories cannot?

Why would you want to listen to me, not a professional historian?

Answers to these and other question in this 6 minute trailer

During the century of Salian rule (1024-1125) the Investiture Controversy pits Popes against Emperors. The dispute is nominally about the role secular powers play in the selection of bishops and abbots. But in reality, it is about much more than that. It is about whether the monarch acts as the representative of God, or as a mere mortal, subject to Papal authority. It is about whether Europe becomes a coherent political entity ruled by an all-powerful emperor or whether it becomes a system of interlocking states, cities, and lordships under a parallel church infrastructure. It is about whether Europe becomes a uniform society or the diverse structure that will give birth both to endless warfare and misery for common people, as well as to the Reformation, the Renaissance, and the Enlightenment (to name just a few).

Join us as we trace the steps and missteps of the 4 Salian emperors as they move from the unexpected election of Konrad to his son Henry III becoming the undisputed senior ruler in Western Europe. The backlash against the emerging command monarchy culminates in Emperor Henry IV kneeling in the snow outside the Castle of Canossa begging Pope Gregor VII to receive him back into the mother church.

The History of the Germans Podcast has been advertising free since the very beginning and will remain so. The point of the exercise is not to make me rich (there are many smarter ways to do that), but to make the whole of German history more accessible, in particular to English speakers. But Podcasting is hard work. Each episode takes me about 2- 2.5 working days to prepare and record. So if I want to keep the podcast ad-free and keep my marriage going, I need to make this economically viable. And that is where you fine people come in. If you feel the urge to support this endeavour, are in need for some heartfelt gratitude or just want to have some great extra HotG stuff, choose a membership level that suits your wallet – please!

A Reichsritter (Imperial Knight) protects the poor, defends the church and serves the emperor freely and truly. He does not expect anything in return, apart from honour and respect. Nor does an Edelfrau (Dame) debase herself to barter for goods in return for her generosity.
Only an exchange of gifts is suitable for such august personalities, so please receive the occasional bonus episode as a token of the Podcast’s appreciation.

As Peer of the Realm your great privilege is a seat in the Reichstag where you can deliberate the affairs of the day and advise on future policy. The peers of the ream included not just counts and dukes, but also bishops and mighty abbesses

The noblest of rights of a Prince Elector is to choose. The History of the Germans Podcasts offers you the opportunity here to choose to be even more generous than Imperial Knights/Dames and Peers of the Realm.
The Empire being impecunious ever since your ancestors have broken central power during the Investiture Conflict, there is sadly not much in added benefit that can be offered. We hope you recognise your good fortune and give according to your might.